All the preparations are done! I named this recipe Glorious Hot Vlad Chocolade cause its darkness can be compared to Dracula, hey besides it's rhymes! Now you may enjoy your thicked Hot Choco and embrace all that fat, cheers!
Posted by stefanilla at 10:17 PM No comments: 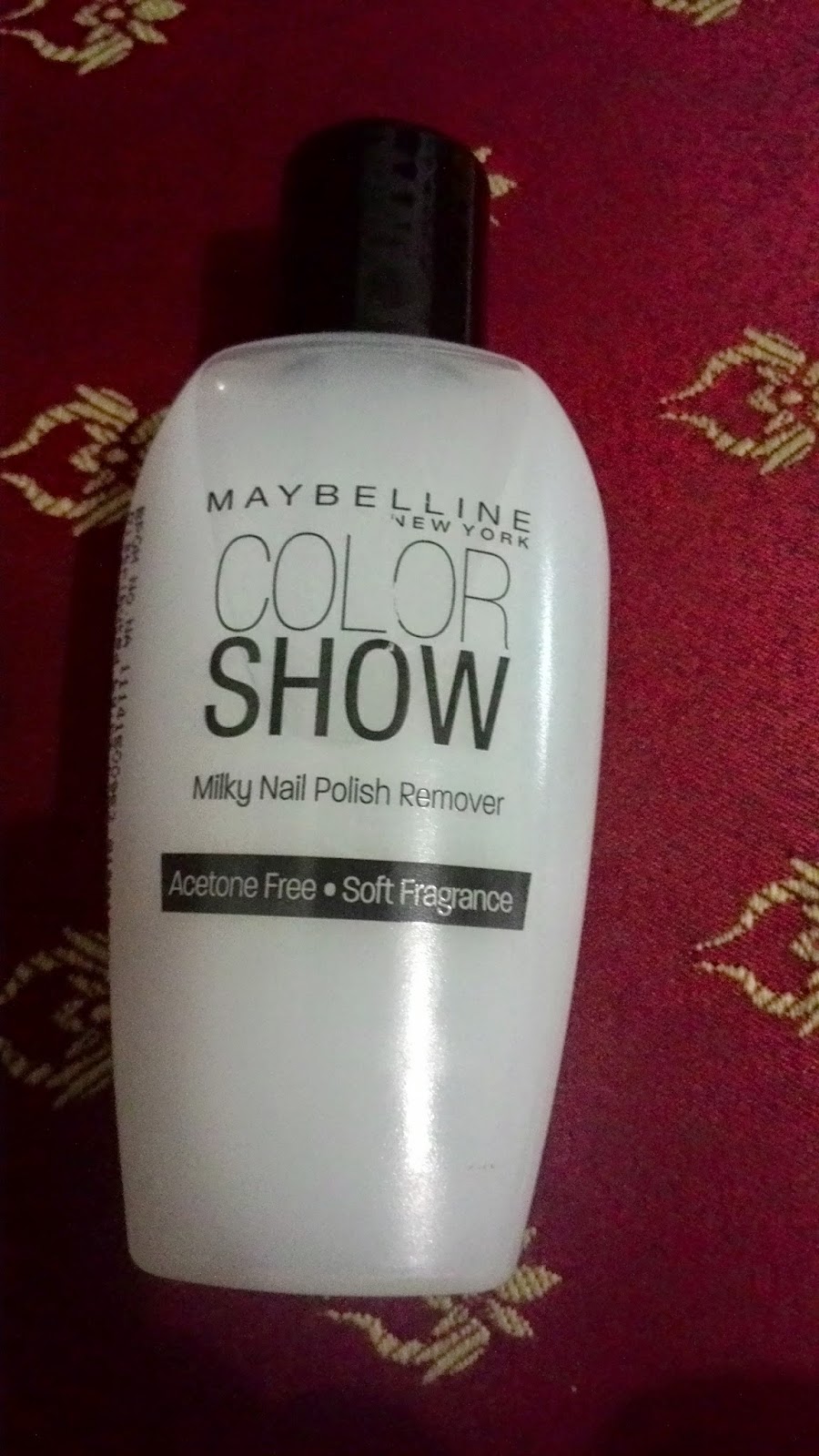 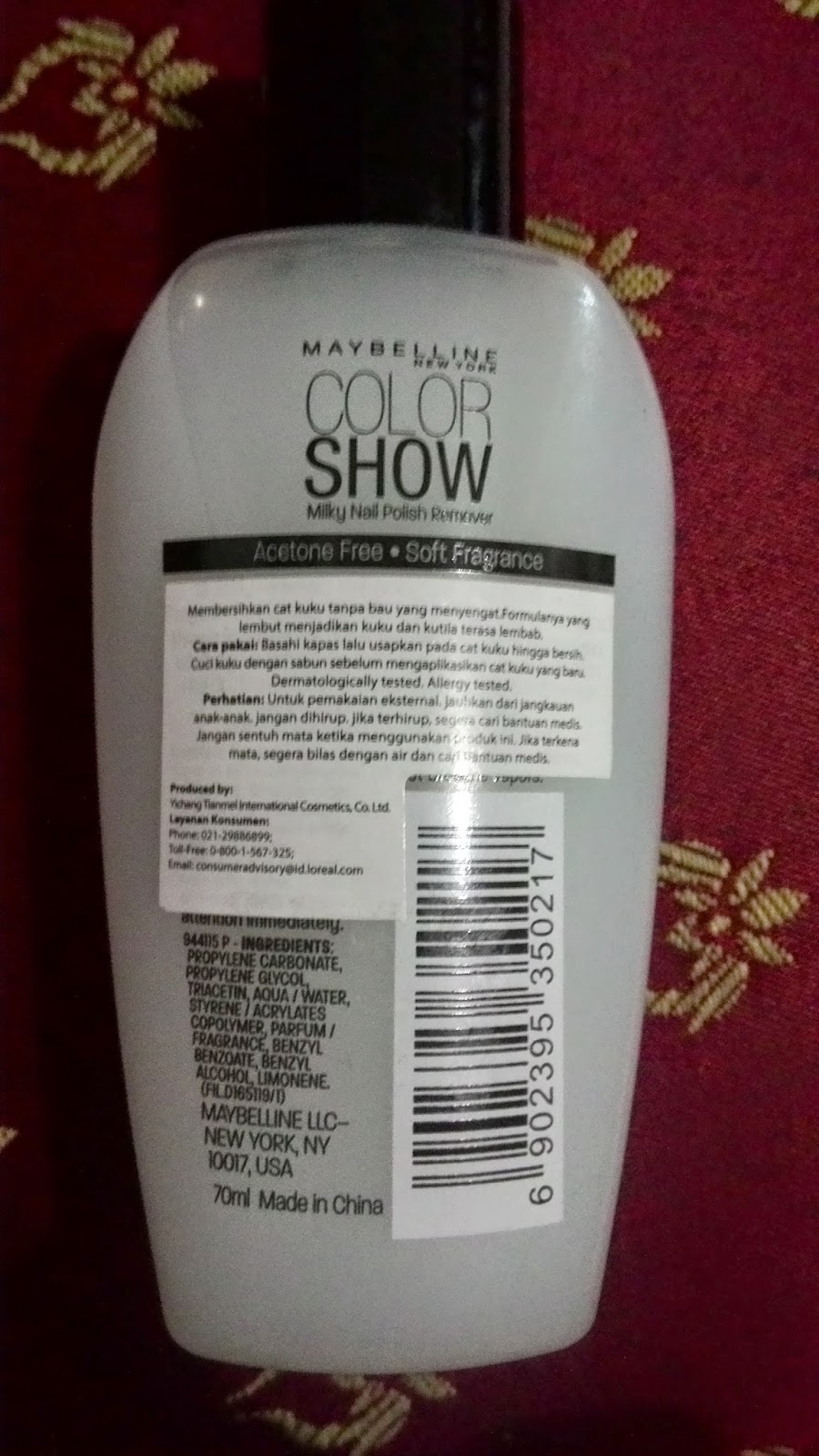 Pros:
+ acetone free, it wont felt dry on nails or skin
+ soft fragrance (almond), come to think I bought this product cause of this ^^
+ very effective on the cleaning

Non:
- felt a bit greasy after application, but it didn't bother me a lot since they smell good
- the package need to be improved

Gimana review pertama gw? Please kindly comment on this post for my improvement.
Thank you for your attention. :*
Posted by stefanilla at 11:39 PM No comments: 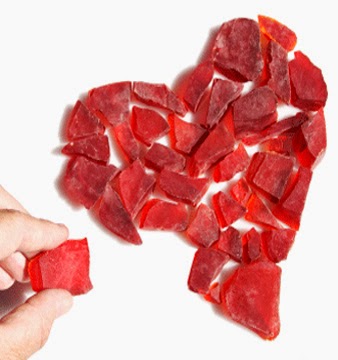 Because life is what’s going on when you busy making plans. Life is what you’ve been missed when you argue about what is right.

I learn this from my partner, whom I look at as a misunderstood person that have experienced many bad things going on around him and how he depend on person who care for him because his lack of attention. I look down on him so much that I feel didn't deserve his affection for all this time. I know this is sound cheesy, but I really can feel God presence inside him, and that’s why I’m fallen for him. But sometimes I forget to accept his humanity and demand spiritual guide all the time, I've been so selfish indeed. After all, a misguided God is the one who needs hug the most..

PS: When I talk about someone, I make it tricky for them to understand. But if they do, they deserve my respect. It is my nature, pardon.
Posted by stefanilla at 1:46 AM No comments:

Pardon, but I really should write about Tom


It all happens on a Haloween night when I was on theatre,and I saw the man...

I know how it will sound crazy but never, in entire life, I experience an eager much closely to madness because of a certain person. It’s been five day since then and I know, at this point I got to do something to stop. Which is come to vain, successfully. Then I would like to do something as thor-o-py, GAWD WOULD YOU JUST STAHP, I mean therapy to relieve my anxiety of this one fine man called Thomas Hiddleston.
I found more complexity for just describing him, or how he has affecting my life for this past five days, but still I should move on. I saw him for the first time at Thor (2011)
and by that time I thought he couldn’t play the Loki character as we all imagined: God of mischief and tricks. Why? His innocent look at the first scene, I mean as a villain he’s having too much innocent look. But later I realize it was one of his tricks. He portrays the Loki character beautifully almost heartbreaking, no wonder Loki get so much sympathy than any other protagonist there. In the end of the movie, I still known that man as Loki..


Then the Avengers era come. Bunch of superheroes packed in one frame, there’s enough room for Tony Stark ego and everyone else! Here Loki appears as bad antagonist, so bad that it takes all that superheroes to stop him ruling the world. At that time I know this man is a brilliant actor, he just blend in so well we could’ve believe in everything he said. But that was not enough to moved me for searching for who the hell he is, well admit that I was hard to impress. And quite some time passed by, I continue with my life..


And there goes Benedict Cumberbatch Era! Oh yes, I should  include him in this post. He gives quite great impression, until now I still adore his voice and uncommon looks for sure. His first brilliant appearance I notice is on Sherlock (2010) and by that time he affects my curiosity of his filmography and found that undoubtedly he’s an astonishing actor, one of a kind. There’s no other compare to this British man. And so it goes, I keep tracing his movies such as Star Trek Into Darkness (2013) and War Horse (2011) directed by Stephen Spielberg. That last I mentioned is a great movies set on World War I and here, ladies and gents, I met this man Tom Hiddleston.

Now I see his name in credit, his appearance is consider short, about 10 or 15 minutes in total but affect me so well. If not about his charming, good looking, and that British accent, I wouldn’t have notice him. He was play as Capt. Nicholls who adopted the main character, a horse called Joey, to serve him at the war. He played a nice,tall,blonde captain which is not Loki at all who is playful,dark,with long sleek black hair. Pretty impressive that I forgot of Mr. Cumberbatch who brought me watch the movie. 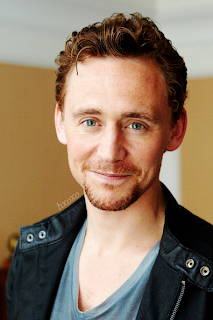 Later I find out that he could dance very well, thanks to my twitter following who are very fond of this guy.
You know, when Universe want you to find out something, she’ll leave crumbs for you to find? That was exactly what’s happen. I don’t know why it takes two years to notice that shining talent. All of that experience of Hiddleston are resulting one important conclusion, I must watch Thor: the Dark World whatever it takes. I was prety good at giving influence to other people for going to theatre as soon as possible. And so be it, that night I saw this elegant,charming Loki who is never be the same in my eyes anymore. I am enchanted by an actor named Tom Hiddleston..


Now I check on youtube everyday with that cursed keyword and stay giggling at the way he talk, smile, laugh, moves, sing, or simply by his eyes. I could not recall the last time I’ve been so annoying like a teenager at the social media and keep spamming for his videos or pics. I just so close to madness, and I know this is not good for my mental. Fangirling is the root of madness. And I really should stop myself or else I go to see doctor and asking for anxiety prescription.
But in a bright side, this guy teach me so much about greatness in life. How to be more passionate, how to be true to yourself, how you need to enjoy yourself and laugh a lot, how you should allow yourself to care. This Tom is so adorable, smart, kind and eloquent talker. His voice sound soothing and angelic I can hear of it for entire of my life. Don’t get me wrong, Ben’s voice and accent is worth to worship, but this deep, eloquent, smooth talker Tom is winning my sanity. Did I tell you that he usually wear suit? When he going to do something epic, he always unbuttoned his jacket. And that moment when he did it, I knew something went wrong inside me.

Okay, I realize this post won’t do any good for my anxiety but anyway, thank you if you bear to read every single madness I type. I really appreciate it, and I think there’s no strong sign of why should I stop adoring this man. Then, I will continue to download an audiobook read by him..

Posted by stefanilla at 6:13 PM No comments: